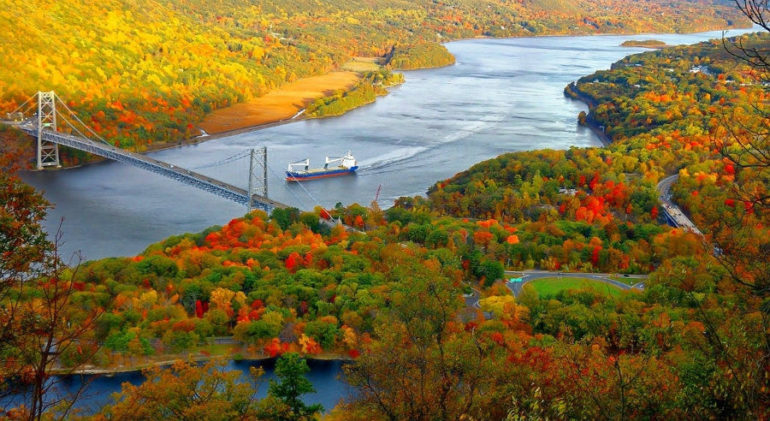 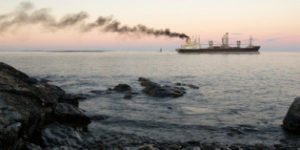 According to the World Trade Organisation, 90% of the world’s cargo travels via ship, requiring a well-organised fleet of nearly 60,000 vessels. In effect, shipping industry is a major source of air pollutants which affect climate, but also have extremely adverse effects on ecosystems, health and quality of life. Carbon dioxide (CO2) is considered to have a significant contribution to global climate change, and particulate matter (PM), nitrogen oxides (NOx) and sulphur (SOx) have a significant impact on public health. Emissions of gaseous pollutants from the global shipping amount are approximately to 1 billion tons a year, representing about 3% of the world’s total greenhouse gas emissions and 4% of total EU emissions. Without limiting actions, emissions are expected to be more than double by 2050, as well as shipping remains the only mode of transport (passengers and cargo) which is not incorporated in the pan-European commitment to reduce greenhouse gas emissions. Up until now, most companies forego eco friendly alternatives for one reason. Cost. Eco-friendly can be expensive and inconvenient for the shipping industry.

As a new generation of ships to hit the water, is now introduced the “ECO” ship. Such vessels were marketed primarily on the basis of their reasonable capital costs, assisted greatly by their volume manufacture and standard components. The modern “ECO” ship is not notably cheap, as it incorporates design features and equipment that are “state of the art” and often sophisticated engineering solutions. It is also likely to provide environmental advantages in terms of its reduced atmospheric emissions that will also make it a more attractive proposition for an owner concerned about growing environmental regulatory burdens. They are also economical to operate, which corresponds to the prime attraction of today’s generation of what has become known as “ECO” ships.

Today’s “ECO” ship design offers owners a package of improvements that combine to provide a ship which is markedly less fuel-hungry than its predecessors, while carrying the same amount of cargo. It achieves this through features which include a more efficient underwater form, possibly incorporating new bow designs that make the vessel less liable to speed loss in head seas, with the water-flow around the after part helping to make the propeller more efficient. It might employ ducts or other devices to reduce the amount of propulsive power that is often wasted as the propeller pushes a vessel along. 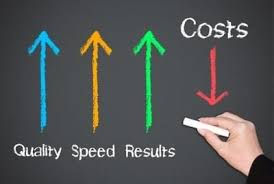 Moreover, there is a wide range of options and techniques for reducing gaseous emissions from shipping, most of which are easily applicable and already available on a large scale. These include: the use of low sulphur fuels, use of special filters, modifications of engines, electrification of ships from the shore and use of cleaner fuels (such as liquefied natural gas – LNG) by ship. As regards the latter two options, which seems to be most prevalent, the direct supply of electricity by ports for ships during their docking can reduce the emissions of gaseous pollutants by 90%. If it is combined with the use of renewable sources to provide energy, it is an excellent approach, greatly improving the environmental footprint of the port. This solution, however, requires substantial investment by the side of the ports and on the part of ship owners.

On the other hand, the use of LNG ships enables reduction of operating costs (since this fuel is more economical than oil) and achieving a significant reduction of air emissions (combustion of LNG virtually eliminates emissions of SO2, while the use significantly reduces emissions of PM). Although it is easier to construct new ships with such engines (LNG burning ability), modifications to existing vessels have already been made by operating mainly in the seas of Northern Europe. Reducing the environmental footprint in terms of pollutant emissions from ships is now a requirement in European policy, and the use of LNG in short sea shipping can help in this direction. And in this case, however, the funds required are substantial and examined the subsidy chances of work involved in the new fuel. The extensive use of LNG as fuel will be directly influenced by the future price, widening the global shipping industry in alternative fuels and on the degree of global cooperation on issues of infrastructure for refuelling with LNG.

Meanwhile, as new sources of oil supply have driven the oil price to its current lows, not seen for almost half a decade, demand for oil has actually been on the rise and as more oil is being produced and consumed now than in 2011 it will be interesting to see how the oil price – and the bunker prices – will develop in the future. The truth is that irrespective of bunker prices, a more efficient vessel will always be more competitive and there is no doubt that there are other considerations when evaluating a new shipping investment, such as EEDI (Energy Efficiency Design Index) and emissions’ control imposed by the regulatory bodies that only new ships can address.

The International Maritime Organisation (IMO) is the global standard-setting authority for the safety, security and environmental performance of international shipping. Its main role is to create a regulatory framework for the shipping industry that is fair and effective, universally adopted and universally implemented. This role is a key factor in determining the guidelines applying to all ships regardless of flag.
As s major issue for the shipping sector has emerged the implementation of the new international treaty Ballast Water Management Convention on the management of ballast water of ships, as stressed in a joint statement by institutional shipping carriers. 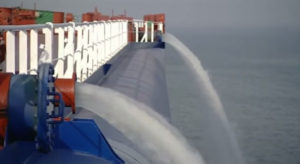 The movement of vessels around the world requires the intake of ballast water to give them a safe degree of stability when light. This disposal of water, when it takes place within ports and harbours is classed as a waste product. The ballast water that is disposed of may contain a variety of harmful substances, including in certain cases oil contaminants, non-native marine animals and plants, and disease causing organisms in sewage contaminated water. While ballast water is essential for safe and efficient modern shipping operations, it may pose serious ecological, economic and health problems due to the multitude of marine species carried in ships’ ballast water. The problem of invasive species in ships’ ballast water is largely due to the expanded trade and traffic volume over the last few decades and, since the volumes of seaborne trade continue to increase, the problem may not have reached its peak yet.

In particular, the maritime community supports that there should be a realistic time frame for implementing the new regulations, which will both enable ship owners to take appropriate measures in order to align with the new legislation, while they will give the necessary time for new systems of ballast water management to be approved and certified for their suitability by the competent US authorities.

The US has already entered into force unilaterally specific legislation, according to which all ships entering US waters must have a ballast water management system approved by the US Coast Guard. Currently, 54 systems available on the market approved to the standards set by the IMO but it is unknown whether they will receive the required approval from the competent US authorities. Since then the owners in good faith would wish to be harmonised with international and national standards, directly exposed to risk of a potential double investment in these systems, while as indicated by the shipping carriers, more than 50,000 ships will require new systems for the management of ballast, the cost of which will range from 1 to 5 m. dollars each.

To sum up, global freight rates right now are astonishingly low; it has possibly never been cheaper to ship goods around the world. Freight costs are increasing for companies that already face competition from the airline and rail industries, as well as the rising costs of insurance and security as piracy has increased. So, it is actually a risk for a shipping owner to invest in eco friendly resolutions primarily due to the high cost of building, operating, maintaining and repairing eco engines. Furthermore, the new “green” projects can ensure lower consumption in full operation, in calm weather and at slow steaming. However, in bad weather, the effectiveness of these ships may be reduced and the savings in fuel consumption may be marginal.

Bringing down energy costs and cutting the levels of emissions definitely requires a large amount of resources. Until a new fleet of ships is unveiled that offers a more efficient mode of transport, the global shipping industry will continue to be attacked for its high level of polluting. And although complying with IMO’s regulations may not have a positive effect in the pockets of ship owners like the reduced fuel consumption does, for a forward looking owner the new designs and the new technologies should be the main part of their strategy. Emission control is here to stay and the industry must adapt to the new requirements.